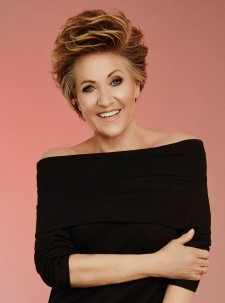 ASBURY PARK, N.J., June 12, 2019 (Newswire.com) - In honor of the fiftieth anniversary of Judy Garland's death, the Axelrod Performing Arts Center, in collaboration with the Paramount Theatre in Asbury Park, presents Judy Garland at Carnegie Hall, on Sunday, June 23 at 7 PM.

The first recreation of a historic concert that's been hailed as "the greatest night in show business history," the event will be hosted by Garland's daughter Lorna Luft, accompanied by a 40-piece orchestra conducted by Minnelli's former musical director Michael Berkowitz.

The concert is the brainchild of the Axelrod's Artistic Director, Andrew DePrisco, and will feature four divas in addition to Miss Luft.

"Judy Garland is the definitive musical icon, and no single lady could possibly hold the stage for two hours and do her justice," says DePrisco. "So, we decided to hire five amazing singers…and 40 musicians."

Lorna Luft was eight years old when she attended her mom's concert at Carnegie Hall, and the Axelrod and Paramount are delighted to have her serve as hostess of this epic concert. Ms. Luft made her Broadway debut in Promises, Promises and starred in the national tour of They're Playing Our Song. She's made countless appearances on TV, film and stage.

A collaboration with the Judy Garland Heirs Trust, "This concert is a watershed event in the history of Judy Garland's musical legacy and is the first time the Garland concert will be performed with meticulous research and preparation, giving listeners a true sense of what the orchestra really sounded like in 1961," says five-time Grammy Nominee Michael Feinstein.

Tony Winner Debbie Gravitte describes her participation in the concert as: "Humbled. Excited. Proud. Scared as s***…. Judy Garland's epic Carnegie Hall performance turned all of us into instant fans, devotees and above all, it proved to the world that many of us deserve second chances in life."

Conductor Michael Berkowitz has served as musical director for Liza Minnelli and Marvin Hamlisch. On Broadway, he has worked with such musical theater legends as Stephen Sondheim, Hal Prince, Bob Fosse, Jule Styne, Michael Bennett, and Michael Kidd. His recordings include the Original Cast Albums of Jerome Robbins Broadway, Liza's at the Palace, Follies with the NY Philharmonic, Stephen Sondheim at Carnegie Hall, and more.

One of the concert vocalists, Joan Ellison, who is a musicologist and Judy Garland specialist, has been personally involved in the restoration of the Carnegie Hall orchestrations, saying "It seems both unbelievable, and inevitable, that for the past three years I have been getting to help restore these arrangements, written by a gaggle of the greatest songwriters and arrangers of the 20th century. I am so humbled and grateful to be given this chance to help preserve Judy's legacy. Getting to stand onstage as all of these arrangements come back to life at once, in the company of these wonderful performers, is the biggest thrill I could ever imagine!"

The death of Judy Garland in 1969 coincided with the Stonewall Riots in Greenwich Village, which launched the gay rights movement. Garden State Equality, the state's biggest LGBTQ organization, is a proud supporter of the Judy Garland Carnegie Hall Concert, as is Broadway diva Karen Mason.

Said Mason, "This concert is, for me, perfection! I get to express my utmost support for the LGBTQ community and human equality through the music of my idol, Judy Garland, who exemplified compassion, intelligence, and inclusion. I will always be there to celebrate diversity 'come rain or come shine!'"

One of America's foremost proponents of the Great American Songbook, Michael Feinstein sums up his enthusiasm for this historical Jersey Shore happening saying, "It's a remarkable achievement, and the presence of Judy Garland's daughter Lorna Luft will add a firsthand family member to help guide the audience through the experience. How wonderful that this groundbreaking event is finally happening!" 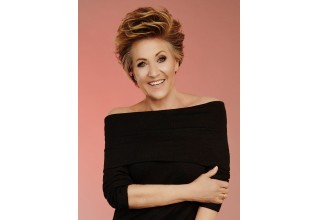 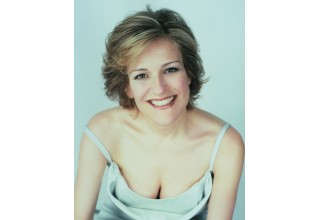 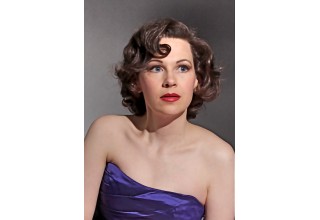 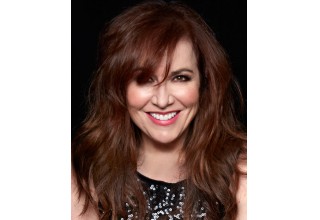