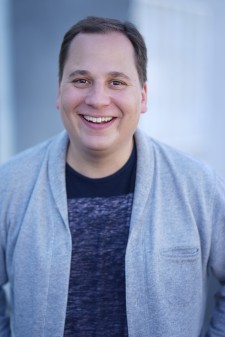 OCEAN TOWNSHIP, N.J., October 8, 2019 (Newswire.com) - ​ “Broadway at the Shore” continues on the Axelrod stage from Nov. 1-17 with Frank Loesser’s masterpiece “Guys and Dolls,” considered by many to be the greatest musical of the 20th century.

“The musical score for ‘Guys and Dolls’ is why people love to see this show,” enthuses Axelrod Artistic Director Andrew DePrisco. “Everyone loves these songs, yet very few remember who wrote them, which makes Frank Loesser one of Broadway’s best-known, yet least-known composers. From ‘Luck Be a Lady’ and ‘Baby, It’s Cold Outside’ to ‘If I Were Bell’ and ‘Heart and Soul,’ Loesser’s songs are instantly recognizable.”

The brassy score of “Guys and Dolls” also boasts audience favorites like “Sit Down, You’re Rocking the Boat,” “I’ll Know” and  “Adelaide’s Lament.”

Leading the cast as Nathan Detroit is Toms River native Jared Gertner, whose Broadway credits include leading roles in “The 25th Annual Putnam County Spelling Bee” and “The Book of Mormon.” Gertner opened “Mormon” in London and received a prestigious Olivier award nomination for his portrayal of Elder Cunningham.

His “Book of Mormon” co-star Stephen Mark Lukas, who played Elder Price, takes on the role of Sky Masterson. Lukas routinely appears at top regional theaters throughout the country and recently starred as Gaston in the Paper Mill Playhouse production of “Beauty and the Beast.”

As the long-suffering Miss Adelaide, Jenny Hill, also a New Jersey native, has been seen on Broadway in shows including “Seussical The Musical” (as Gertrude McFuzz opposite Rosie O’Donnell) and “Spamalot” (as the Lady of the Lake opposite Tim Curry).

Both Hill and Gertner grew up in South Jersey and got their start at Red Oak Music Theater, once a thriving regional theater in Lakewood.

The Axelrod’s production of “Guys and Dolls” is directed and choreographed by Lisa Stevens, whose recent credits include working with Dolly Parton on the West End production of the stage musical “9 to 5,” and as associate choreographer on the Olivier-winning production of Andrew Lloyd Webber’s “Bombay Dreams.”

Making her Axelrod debut, Stevens is “thrilled to deliver what’s deemed the ‘perfect’ classic musical at the Axelrod. Between the entertaining dance numbers, the unforgettable score, and the book’s hilarity, this musical of big-hearted gangsters trying to live big in a city that never sleeps is as fun and enjoyable as it was when first presented in 1950.”

“Guys and Dolls” runs Nov. 1-17 at the Axelrod PAC, located in the Deal Park section of Ocean Township. Tickets can be purchased at www.axelrodartscenter.com and range from $50 to $64. Group rates are available for parties of 10 or more. The theater, which is located at 100 Grant Avenue in Deal Park, New Jersey, is handicap-accessible and provides free, ample parking onsite. For more information on Guys and Dolls, visit https://www.axelrodartscenter.com/guys-and-dolls-axelrod. 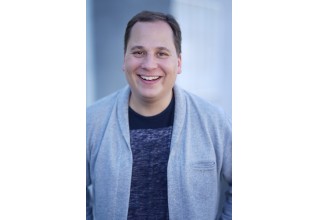