Hosted at the Paramount Theatre and produced by the Axelrod, Judy Garland at Carnegie Hall is scheduled for June 23 at 7 p.m., followed by the Doo Wop Project on June 27 at 8 p.m. Tickets can be purchased at The Stone Pony, Blackbird Presents, and Axelrod Theatre box offices and on Ticketmaster.com. For additional information on the upcoming shows, please visit http://apboardwalk.com/happenings.

Judy Garland at Carnegie Hall, held on the fiftieth anniversary of Garland’s death, is the first recreation of the legendary singer’s live, recorded concert at Carnegie Hall in New York on the night of Sunday, April 23, 1961, which has been hailed as “the greatest night in show business history.”

Hosted by Judy Garland’s daughter Lorna Luft, the concert will feature an orchestra conducted by Liza Minnelli’s former musical director Michael Berkowitz. The concert is being done in collaboration with the Judy Garland Heirs Trust and Garden State Equality and coincides with Asbury Park’s official kickoff for World Pride Week.

Grammy- and Emmy-nominated recording artist and America’s most distinguished archivist of the Great American Songbook, Michael Feinstein is thrilled about Asbury Park’s tribute to the great Judy Garland: “This is a watershed event in the history of Judy Garland’s musical legacy and is the first time the Garland concert will be performed with meticulous research and preparation, giving listeners a true sense of what the orchestra really sounded like in 1961. It’s a remarkable achievement, and the presence of Judy Garland’s daughter Lorna Luft will add a first-hand family member to help guide the audience through the experience. How wonderful that this groundbreaking event is finally happening!”

Garland’s live performances were a tremendous success, and the double album ultimately became a huge hit, winning a Grammy Award for Album of the Year and making Garland the first woman to win the award.

Next up, the Axelrod brings the wildly popular Doo Wop Project to the Paramount. The Doo Wop Project traces the evolution of doo-wop from the classic sound of five guys singing tight harmonies on a street corner to the biggest hits of today.

In their epic shows, The Doo Wop Project takes audiences on a journey from foundational tunes of groups like the Crests, Belmonts, and Flamingos through the influential sounds of Smokey Robinson, The Temptations, and The Four Seasons, all the way to songs from modern musicians like Michael Jackson, Jason Mraz and Maroon 5.

Featuring stars from Broadway’s Jersey Boys and Motown: The Musical, The Doo Wop Project brings an unparalleled authenticity of sound and vocal excellence to recreate and reimagine some of the greatest music in American pop and rock history.

“Asbury Park is known for its dynamic music and arts scene, and we are thrilled to welcome the Axelrod Performing Arts Center and their Broadway-quality productions to the Paramount Theatre,” said Pasqualina DeBoer, Marketing Director, Madison Marquette. “This partnership expands the range of entertainment available to visitors and local residents of Asbury Park just in time for the summer season.”

Madison Marquette — the developer behind the resurgence of Asbury Park —  brings top tier talent to nationally recognized entertainment venues on the Asbury Park waterfront including Paramount Theatre, Convention Hall, Wonder Bar, and the world-famous Stone Pony. A truly thriving musical community, this storied city by the sea enjoys unparalleled historic architecture and a rich history as one of the most famous and entertaining resort destinations of the 20th century.

About the Paramount Theatre:

Paramount Theatre, along with the adjacent Convention Hall and the Grand Arcade connecting the two, is one of the most majestic landmarks in New Jersey. Over the years, this historic entertainment venue has hosted legendary performances by Tony Bennett, Elvis Costello, and Bruce Springsteen, just to name a few. With a seating capacity of approximately 1,600 guests, the legendary Paramount Theatre offers superior acoustics and stage visibility as well as a unique atmosphere that has been described as being simultaneously grand and intimate. Tickets can be purchased on ticketmaster.com or the Stone Pony box office. For more information about Paramount Theatre, visit apboardwalk.com.

About the Axelrod Performing Arts Center:

The Axelrod Performing Arts Center is New Jersey’s newest professional theater, producing main-stage musicals with casts and production teams from New York City and beyond, as well as original ballets, concerts and film festivals throughout the year. The Axelrod fosters artistic excellence by showcasing varied and distinct cultural programs that enrich the imaginative, intellectual, and creative soul, while cultivating an appreciation of diverse communities through the pursuit of the arts. For more information, please visit www.axelrodartscenter.com.

About the Asbury Park Boardwalk:

Asbury Park Boardwalk, which sits 50 minutes from New York’s Lincoln Tunnel and an hour from Philadelphia by car, is a city on the rise. It has been the recipient of an avalanche of media including being named ‘Coolest Small Town in America’ by Budget Travel Magazine and ’Best Boardwalk in America’ from Bella Magazine. Eater states, “Asbury Park has become the hottest dining destination,” one of the “Best Places to Travel Worldwide” by Travel + Leisure, “16 Places everyone will be talking about in 2017” by Yahoo, and “Best Weekend Getaway” by Timeout, just to name a few.

The Asbury Park Boardwalk offers unique full-scale restaurants and lounges, numerous specialty food concepts, and innovative boutiques. Madison Marquette brings top tier talent to nationally-recognized entertainment venues on the Asbury Park Waterfront including Convention Hall, Paramount Theatre, Wonder Bar, and the world-famous Stone Pony. A truly thriving musical community, this storied city by the sea enjoys unparalleled historic architecture and a rich history as one of the most famous resort destinations of the 20th century. For more information or to explore the Asbury Park Boardwalk at apboardwalk.com. 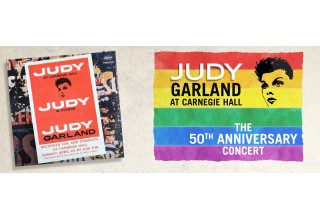 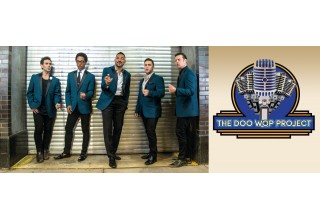